I Envy the Tree… 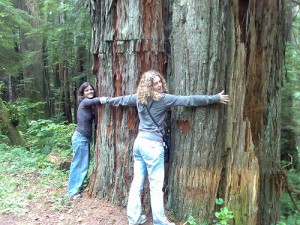 I do not know who said it but it is full of wisdom: “I envy the tree, how it reaches but never holds.”

For as long as I can remember, something in me has reached for the heavens. I’d like to think it is the Divine spark within me and maybe it is. However, I’m also aware that the whole of my life has been a conditioning in Christian thought and life. So maybe some of my reaching, my longing is the conditioned response of my upbringing.

I do not know. But this much I do. One of the most significant lessons I learned on this spiritual journey is to release control, to cling not to any belief or belief system, or anything for that matter. The clinging…the controlling…all rise from a place of fear in you and fear is the opposite of faith.

The more fearful you are, the more unconscious you are. The more unconscious you are of your own fear, the more certain you are of your beliefs. I used to think, and so tried to emulate, the loud, often obnoxious, certainty I heard from other Christians and I would confuse their certainty of beliefs for genuine faith. For example, when I was young, I admired, followed, and wanted to be like this loud, ultra confident, conservative Christian who could debate anyone into oblivion by his certainty of belief. He knew without a doubt that his religion was right. He would shout, “The Bible says it, I believe it, that settles it!”

Settles what? Well, now I know it’s the inner fear that such proclamations settle. But only ever temporarily. Shout as loudly as you can that what you believe is right. Call it faith that drives you to make such strong and seemingly certain announcements. The fool is within you, however, hiding the frightened little self that desperately clings to anything that will give it a sense of certainty, confidence, conviction.

Today, that loud, confident Christian has long disappeared off the scene, disgraced by his own disastrous choices in life. It would not surprise me if I were to learn that today he no longer believes much of anything he used to be so certain about.

Although I’m sure there are exceptions, I suspect, as a rule of thumb, you can be pretty sure that the louder and more confident-sounding a person may be, the more uncertain and out-of-touch they really are inside.

But, don’t cling to this assessment. There may be exceptions.

Learn instead to hold to life, all of life, loosely. The capacity to do so is itself the greatest expression of genuine faith.

Faith is not certainty. Faith is trust in the face of uncertainty. When you can look at life with all of its ambiguity, uncertainty, unfairness, and unpredictability and be at-one-and-the-same at peace, then you don’t “have faith” as if it were something you’ve finally worked up. No, you are faith in action. You ARE faith itself.

But, don’t cling to this definition too tightly either. There is nothing certain but uncertainty itself. And, I cannot be certain of even this.

Faith within you is as mysterious as the universe beyond you. The capacity to believe is a gift. You don’t arrive at it. You don’t conjure it up, like pouring milk into a glass. Once the glass is full, you have it…you’ve arrived…you can command what you will. You’re spiritual.

Spirituality is, rather, the humble, trustful, peaceful waiting on Life itself. So, when you can let go…when you can give up the illusion of control…when you can believe while knowing that what you believe is just that – your beliefs and may not always be right…when you can know you really know very little…when you can be at peace even when everything seems to be conspiring against you…

When THIS is the case…

Know that you are a person of faith. When this happens, you know…how? I don’t know, but you just know inside that you have everything you need…that God is nearer than the air you breathe. No, it’s that and more. God IS the air you breathe. How could you not be at peace when this is the faith that IS who you are?

And, oh, by the way, can you think of a better way to enter into today? Any day?

This IS the secret to happiness. But don’t cling to this too tightly.