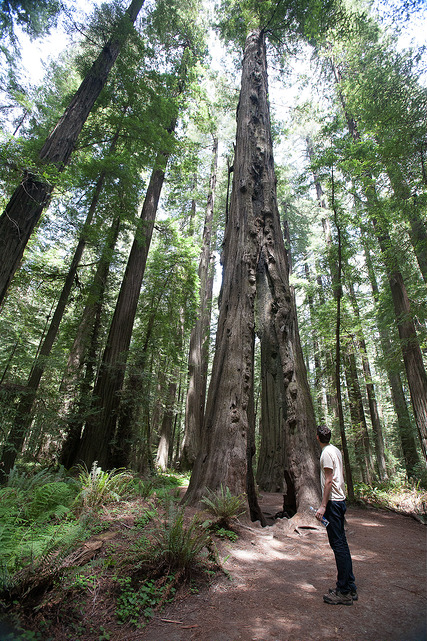 What Do I Think When I Think God? I Try Not To. Here’s Why…

What do I think when I think God?

I try not to. It makes sense to try not to think too much of God, does it not?

I mean, how does one think of God except in ways that are limiting, loaded with ideas and assumptions that are incomplete at best and, most often, just plain wrong?

What did people in the past think when they thought God?

There was a time in my life, and not too long ago, when I thought of God in very similar ways.

I read the Old Testament and believed the God presented there was an accurate picture and representation of God.

Sound even remotely familiar to you?

See if this is familiar, too.

It never occurred to me to think that the picture of God I saw in the stories of the Old and New Testament were often incomplete, sometimes inadequate, and quite likely full of prejudice for one person over the other. That many of these same depictions of God were filled with wrath and even petty, jealous vengeance on His part from time to time…

Further, it never occurred to me to question, Is the God I see described, talked about, and, sometimes, made to actually speak in the Old and New Testament really the real God?

Or, could it be that the stories of the Old and New Testaments are stories of people, not unlike myself, who were seeking to live their lives as faithfully as they could, inside a world and universe they barely understood, and most often, with ideas, beliefs, opinions, and notions about God and of God that were very limiting, often loaded with assumptions and presumptions, and, very likely, in many instances, just plain wrong?

Is it little wonder to you that the First Commandment is “Have no other gods before me – and – make no graven image of God” (Exodus 20)?

In his book, A Spring Within Us, author and Franciscan priest, Richard Rohr offers insightful words in this direction. He writes:

It takes a long time for us to allow God be who God is. Our natural egocentricity wants to make God into who we want or need God to be…If God is Mystery, then God is always on some level the unfamiliar, beyond what we’re used to, beyond our comfort zone, beyond what we can explain or understand. In the fourth century, Saint Augustine said, “If you can comprehend it, it is not God.” Would you respect a God you could comprehend? And yet very often that’s what we want a God who reflects and even confirms our culture, our biases, our economic, our political and security systems…The First Commandment says that we’re not supposed to make any images of God or worship them. At first glance, we may think this deals only with handmade likenesses of God. But it mostly refers to images of God we hold in our head” (A Spring Within Us, Richard Rohr, p. 214).

What are the “images” or ideas of God you hold in your head?

I no longer believe that every time I read in the Bible something that God said or did or feels that I am getting the full story.

So, I make it my spiritual practice to read scripture, interpret my life experiences, and so live my life doing two things…

1. First, I question everything. Isn’t that why I’ve been given a mind? I question, for example, when I’m reading scripture, “Is this an accurate depiction of God? Did God really say this? Do this? Feel this? Or, is this a projection onto God by those writing about him?  You cannot imagine the difference it would make in how you “think” about God if you would just question what you “think” about God. Question what others think and say about God, too. Even if those “others” are people in the Bible.

Is this what they understood about God? Yes.

Is this what they believed about God? Yes.

And, consequently, should I read this story through a larger understanding, a more informed understanding and experience of God that I hope I hold today?

Again, the answer is “Yes.”

Admittedly, this “yes” could be wrong, too. Which is the part that should keep all of us humble and cautious.

Of course, we today SHOULD have a more informed understanding of God than even very devout people did a thousand years ago.

But remember this: A thousand years from now – if the world and humans are still around – people of faith will likely look and read the things we have said and believed about God and wag their heads in disbelief, asking, “Can you believe people of faith in 2017 actually believed this about God?”

2. The second thing I do is try to read and understand God through the very person whose life here on earth was the face of God – that is, through the best understanding we have of Jesus himself. That’s the stuff he presumably said and recorded in the Gospels of Matthew, Mark, Luke and John.

I know not everyone may agree with this but I happen to believe, if Jesus is God incarnate, and if the record of what he said and did is as perfectly captured as it can be in the Gospels themselves, then whoever or whatever God is must be understood in and through his life, teachings, and actions.

Saint Paul said of Jesus that He was “the image of the invisible God” (Col 1:15).

If this is true, then just about everything the saints of both the Old and New Testaments thought about God or wrote about God was wrong. Or, at a minimum, suspect.

Furthermore, much of what I was raised to believe about God is not correct either.

Further still, much of what you’ve been taught to think and believe about God is at the least slightly misinformed as well.

So, what do I think when I think God today?

Jesus is our model. He lived as a divine being fully embracing his humanity. He struggled to do this, too, just as we all do. But he succeeded even unto – and through death itself.

How he lived and died and understood his divine origin and his purpose is my ambition for my life, too.

It is not my purpose to escape my humanity, as scores of Christians mistakenly believe they are supposed to do. They have been taught, as I was taught, that humanity is tainted and ugly and doomed to an eternity separated from God. Further, the purpose in life is to escape this humanity and be reunited with God at death.

Just the opposite of the truth we see in Jesus.

If Jesus is God incarnate, as almost all of us were taught to believe, then Jesus understood himself as having come from God and His purpose was to live into his own humanity fully, even to the point of death

My goal is to live as fully, as completely, as compassionately, and as in touch with my Divine origins as I possibly can.

This understanding of my life, my origins, and my purpose have given my life meaning.

The question is: “What gives your life meaning?”