A Leaf of Faith… 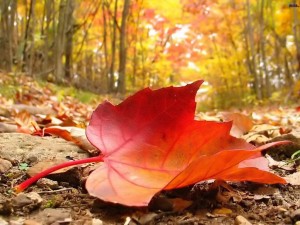 Pam and I had lunch yesterday at a little restaurant in old Louisville. We were discussing the condition of a friend and family member in a nearby hospital whom we were going to see following lunch. His condition had grown worse and his survival was in question. So, Pam, who’s been recently reading “Dying to Be Me” brought up the whole question of death and what happens when we die.

At one time, of course, I pretended to have all the answers. I confused my pretentious proclamations for genuine faith. They were not. I did not know it, however. Not at the time, anyway. Like many of you who regularly read the stuff I reflect upon, you were raised to believe a bunch of stuff and told over and over that believing the beliefs was faith. So, you tried hard to believe the “right” beliefs, mistakenly believing it was the beliefs that mattered.

This is the core error made by virtually every religion in the world. They don’t set out to make this mistake but the history of all religions reveals the same fundamental flaw – the confusion of faith for beliefs. Beliefs could only ever be the mental and verbal expression – and, therefore, limited and easily misleading – of a transcendent experience that is both inexplicable and indescribable.

Real faith? What is it? I’ve been watching the leaves as they fall this fall. They are reminding me of faith.

You are a leaf of faith.

You cling not to a branch of belief;
You let go.

Where you fall, who could know?
That you fall is certainly so.

Where you go, who could know?

You Know?
But, of course, you know;
Which is why you let go!

The writer of Hebrews put it like this: “Faith is an assurance of what we cannot see” (Heb. 11:1). In other words, faith is a Divine gift. It is the capacity to believe without belief, to know without knowing. To believe is written into your very DNA. Faith is, therefore, the capacity to know what cannot be known; to see what cannot be seen; to hear what makes no sound.

No belief could ever make you a believer. You believe already.