Eternity in an Hour…On the Meaning of Mindfulness 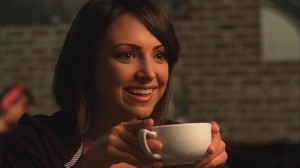 “To see a world in a grain of sand,

And a heaven in a wildflower;

Hold infinity in the palm of your hand,

And eternity in an hour.”

You are the nearest to eternity when you’re in…fully in…this present moment.

That’s the point Blake is making; it’s the conclusion to which I’ve come after spending the last several years training myself to enter the “eternity in an hour.”

Here’s the conclusion to which I’ve come…

When we show up, whatever you may believe about life beyond…God…or, spiritual matters…when you and I show up, we enter through the timeless now – our birth – and, then, spend the rest of our lives trying to figure out how to return to it.

We eventually do. It’s called death. Death, if it is anything at all, it is that single moment in life when we have successfully re-entered the timeless now. I am aware that you have not ever viewed your death in this way.  Neither have I. But these are the thoughts I’m having about “death” and “life” and “this present moment” today.

As odd as it may sound, death is actually your birth or, you might say, re-birth into the timeless now.

By saying this, I am not suggesting life beyond death. I happen to believe there is. I cannot prove it. No one else can either, although some of the most popular books are always about those who’ve gone “beyond and back.” We only seek proof because we’re scared and uncertain.

I no longer even feel the need to argue in defense of an eternity. You only ever argue about those things you don’t really know and fear may not be true. You might remember this the next time someone questions why you believe in life after death and, when they do, why you find yourself getting defensive and/or argumentative.  There’s a reason you do and it has nothing to do with your questioner. Which is why, people…and, I’m talking about religious people, too, who are always defending or trying to prove the existence of God using all kinds of theories of “intelligent design,” are no more “proving” the existence of God than those who believe in life on other planets prove anything by showing you some hazy picture of a UFO captured on film in the Mojave desert.

“People who try to prove God exists do so, not because they know God does, but because they’re secretly afraid She doesn’t” (taken from my book The Enoch Factor: The Sacred Art of Knowing God).

Sorry for that brief excursion.

What is it like when you and I experience the timeless now?

It’s the place of peace. Perfect peace. The peace the apostle said is “beyond all human understanding” (Phil. 4:7).

It’s timeless. It is “eternity in an hour.”

You’ve had such moments, rare though they are.  They usually surprise you. They’re hard to plan for but they are the moments that you remember most. And, seek over and over again.

The conversation with a friend in a coffee shop that becomes, unexpectedly, timeless. Before you know it, they’re placing the chairs on top of the table, mopping the floors, and preparing to close. You lost all consciousness of time. And yet…and this is the mystery…you were more conscious than at almost any other time.

Most of us spend the greater part of our lives living in life’s two polar opposites – either the past with its memories or the future with its endless anticipations.  But, when you think about it, neither the past nor the future is really real.  They are illusory. You can only think about the past in the now. The future, whatever it is, will only ever appear in the now. The only thing that is really real…even eternal…is now.

In the East, they speak of “mindfulness.”  It is the same thing Jesus pointed toward when he said, “Take no thought for tomorrow…” (Matt. 6:33-35) which was his way of saying, “Stay present…remain mindful…live in the now!”

Your task in life…you might even say, your actual “salvation” is to learn how to get back to your eternal, timeless connection to ‘now’ – this is, in case you’re interested, the place where you meet Presence – the Presence I call God.  But, even if you are not a religious person, and many of my readers are not, this IS still your ‘life’ task…your life objective.  If you are a religious person, this is what it means to be “saved.” Salvation is not for the purpose of saving you from a horrible future but to reconnect you to the eternal now. Many religious people are still lost as they look for a place in some imaginary, future heaven. Salvation is to enable you to enter heaven now.

This is what Jesus meant when he explained, “I have come that you might have life…and, life abundant” (Jn 10:10). By “abundant” he did not mean, “I’ve come that you might have the ‘American Dream’,” a three thousand square foot home in suburbia America…children growing up in the best schools with the best opportunities…and you driving around in a BMW while vacationing annually in the Bahamas.

Somebody should tell that to Benny Hinn and a host of other charlatans who don the contemporary religious landscape.

Jesus was talking about ‘mindful’ living in the timeless now. This is life abundant. When you have this, it doesn’t take the Bahamas to award you with life’s grandest blessings.

So, what does it mean to be ‘mindful’?  To be in the timeless now?

Here’s the answer and, ironically, not from where you might expect.

Martin Seligman is the father of what is now regarded as the science of positive psychology.  In his bestselling book, Authentic Happiness, he tells of a novice monk who arrives at the home of his teacher. He enters the house, bursting with ideas about metaphysics and Buddhism and all he’s learned.

In other words, he is certain he is ready…he is positive he has attained to enlightenment and is ready to prove himself to his master teacher.

“I have but one question for you,” his instructor intones.

“I am ready, master,” he replies. “Sincerely ready.”

“In the doorway, as you entered,” continued his master, “were the flowers to the left or to the right of the umbrella?”

The novice was noticeably speechless. He had not noticed.

The novice, knowing he had much yet to learn, got up, walked out of the house and returned for three more years of study.

Get this, my friend, and you are beginning to understand life’s greatest mystery…the mystery hidden in every moment.

It is your happiness.

It is your salvation.

It is “eternity in an hour.”