The recent public storm over actress Renee Zellweger’s changing facial look is raising the age-old question about growing old: How does anybody do it?

You don’t. Growing old does you. 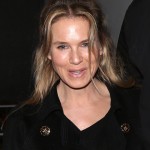 Growing Old: How Does Anybody Do It? Picture Provided by Yahoo News

That’s the conclusion to which I have come, anyway. Nobody grows old. You just wake up one day and realize you are. Dress up aging any way you wish. Offer whatever cute cliche’ you’d like. None of it helps. Aging, or growing old, just plain sucks.

I understand better than you know what the fellow meant when he said, “When I was young, I used to walk into the church, look around, and say to myself, ‘Darn, there are lots of old farts in this church.'”

“Then,” he continued, “one day I walked into church, looked around, and said, ‘Where did all the old farts go?'”

That’s how I feel almost any given weekend when I visit a church somewhere in America.

Which is a probable but only partial explanation for why the Millennials who do go to church, and their numbers are diminishing faster than plate of fried chicken at a family reunion, have all but abandoned mainline Protestant and Catholic churches. They’ve migrated to mega-churches where something resembling a living spiritual life prevails. That, too, is a somewhat illusory. But, since I’ve discussed that in other posts, I’ll avoid the temptation to address that here.

You do not grow old. You just wake up one day and realize you are.

When you’re nineteen, however, fifty-nine seems old. An eternity away from you, too.

Then, you blink, or so it seems, and you wake up at fifty-nine. I’d like to say to you, what the psalmist said, “Better number your days and so gain a heart of wisdom” (Psalm 90:12).

But it wouldn’t do any good. All that pious advice old people gave me when I was nineteen never registered. They’d say, “Don’t waste your life or wish away your days.”

Did I pay attention? If I had, would I be writing this?

“Life goes by quickly,” they’d say. “Enjoy every minute of it.”

Did I hear or heed the advice?

Not really. Which is why, if you’re reading this, you are not likely nineteen. Or, twenty-nine either. My guess is, there is a pretty good chance you are over forty and more likely fifty or older.

Something happens to us between about thirty-nine and forty-nine years of age. We wake up to the realization…we’re growing old.

Growing old: How does anybody do it?

Here are a few of my thoughts…or, suggestions.

1. I think you start by stopping the subtle resistance to growing old. We are all aging. Which is just a more socially-acceptable way of saying, “We’re all dying.”

Death is the most frightening reality in life. Which is why we are obsessed with doing anything possible to refrain from all talk about it, redeem it with a religious belief system that takes some of the sting out of it, or reverse its ever-emerging and disturbing physical signs we are growing old…that we are dying.

I had a “mild” heart attack three months ago. That’s what the cardiologist called it. I asked, “Is that supposed to make me feel better? To call it ‘mild’?”

I guess it does. But what it does not do is remove the anxiety about death or dying. It drives home the reality of both in an inescapable fashion.

And, that may be its benefit. Part of the way we make peace with death is to cease waging war with it. In the end, my guess is, we will not likely resist death. In some instances, for example, I have known people who actually welcomed it.

It is instead all this make-believe stuff we do in the interim in order to pretend we are not dying that is the real source of our anxiety. And, whoever said it is probably right: “What you resist, persists.” When you and I resist the fact we are growing old…that we are dying…we only succeed in heightening our anxiety about both. We do not slow down the process of growing old. Nor do we escape the reality of death.

That was one of the messages the Buddha attempted to convey. He called such things “attachments” even “illusions.” Everything visible is transitory. That means, everything we see will disappear, including you and me. The real persons within, however, what the Greeks called a “soul” for want of a better term, is both unseen and enduring.

I think it helps to remember, and to remember frequently, that our birth was a one-way ticket we purchased to die. Every day we live takes us one step closer to that departure.

Remember such things…observe in nature even the changing of seasons…these are all insights, or little reminders, we should let go of all attachments. Which might be why Muhammad said, “Die before you die, or you will die a thousand deaths.”

3. Make it your spiritual practice to live into the one and only eternity you have – this instant. This moment.

The biggest challenge we will ever face in life is mastering the skill of living in the present. Jesus said, “Don’t be anxious about tomorrow. God will take care of your tomorrow, too. Live one day at a time” (Matthew 6:34)

That’s infinitely harder than it sounds.

Our orientation is to live in the past or get lost in thoughts about some imaginary future.

Neither the past nor the future is real, however. The past is…well…just that, the past. It will never return. It can never be changed.

The future is equally mythical.

Think for just a moment, however, about how much of your life is spent…wasted…in thoughts about the past or the future. Catch yourself, as often as you can, lost in thoughts in either erroneous direction and make the choice to live as fully into this moment…this instant…this life.

I am sometimes asked, “Don’t you believe in life after death?”

When eternity arrives…whatever it is…there is only one way it could arrive?

If we cannot master the skill of living into this instant, how would we ever recognize the next one?

This, I believe, is the way…and maybe the only way…to master the skill of growing old.

Know God – You Can, You Know
What to Do When a Pet Dies