Judge Not…” said Jesus.
Therein lies our problem.
You judge in another what you deny may also be in you.

Your inner state of consciousness manifests itself outwardly. 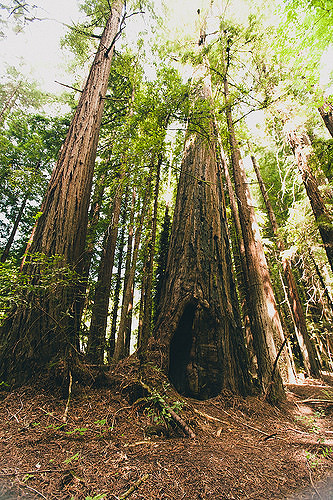 Of course, like anything else, this would not be the case with every experience of life. There are things that happen around us and, sometimes, even to us that appear to be completely random and devoid of any rational explanation.

Yet, when Jesus says, “You have heard it said ‘You shall not commit adultery’ but I say, Whoever looks upon a woman to desire her has already committed adultery with her…” (Matthew 5:27-28).

Or, “You have heard it said, ‘You shall not murder’ but I say to you that anyone who is angry with a brother will be subject to judgment…” (Matthew 5:21-22), he is pointing to this inner state of consciousness – or, more accurately, a state of unconsciousness.

Do either of these statements of his, for example, leave any of us out?

Well, of course, who wouldn’t prefer to have someone angry with them than seeking to murder them?

And, oh yes, I’m pretty sure Jesus did not mean to limit his words about lust to men only. Don’t women lust, too?

But the point in either of these is all about…

Judge Not, Lest You Be Judged

Your inner state of consciousness.

Which makes me wonder whether all this nonsense we have been observing in the news about “religious liberty” and the infamous “bathroom” bills that misguided governors and thoughtless legislators are seeking to pass inside their respective legislative playgrounds is really just indicative of the fact that we live in a culture where people are more obsessed with controlling everyone else’s behavior while concealing, or being unaware of, their own inner dysfunctional state? Or, condition?

Or, as Jesus once put it, “…busily whitewashing everyone’s tomb while inside their own there’s little more than a collection of lifeless bones” (Matthew 23:27).

Finger-point, blaming the ills of the world on people not like “us” or a culture that won’t conform to our ideas of morality or righteousness.

Judgment-making seems the primary agenda for many church leaders and churchgoers too.

And, the biggest danger in all this is that it conceals from us our own dysfunctional condition.

Whenever I meet religious people, for example, and there are still plenty of them around, who are throwing their arms into the air, as well as their words, in utter disgust toward our culture and, worse, toward groups of people in our culture…but, in either instance, at what they describe as the “evil” of our times…

Whenever I see religious people…

Wagging their disapproving heads at gays or lesbians or transgender people or liberals or conservatives, or Republicans or Democrats, or even at other Christians, or, worse, at people of other faith traditions different from their own…

Judge Not…lest you be judged

Or, whenever I see…

I know I am observing just another moralist who is out-of-touch with his, or her, own immoral, judgmental state of unconsciousness.

And, right here is a classic example. That’s right. Right here! Here I recline in judgment on these folks…which only succeeds in hiding myself from my own inner twisted state…my own evil propensity to set myself up as everyone else’s judge…to criticize…to blind myself of my own self-righteous “better than you” attitude.

So, do you see the point Jesus is making?

Mind your own business.
Stop thinking the world is going to hell, while secretly rejoicing over the fact that you think you aren’t.

Instead, give attention to your own inner world. It is there…and only ever there…that you experience genuine transformation…lasting change.

Would you agree that you cannot change around you what has not first changed within you?

Oh, you can try, and many do. In our own ways. But, in our efforts to whitewash everyone else’s tomb, we really only succeed in dying within.

The judges become the judged.

Judge, Judge Not, judge not lest you be judged

On the Meaning of Faith…
Real Fear…and, the “Other” Kind