Who I Am Naturally!… 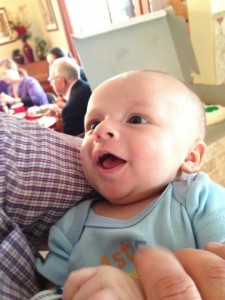 Here’s a thought for consideration on this bright new April morning in spring.

In Harvey Cox’s book The Future of Faith, he references a statement to this effect:

“If we love God, even if we think God might not exist, God will make herself manifest to us.”

Love and faith are primordial…or, you might even say, the capacity to love and to believe are written into the genetic code of your DNA. In traditional religious language, we would call this an act of “Divine grace.” God has gifted you and me – naturally – no effort of our own – to love and to believe.

You will hear religious people say, and say often – and, the more threatened they are, the louder and more insistent they will often become – but, you’ll hear them say, “This isn’t what I just believe or we just believe…we believe what the Bible says,” or “I just believe the Bible” many of them are not aware, what they are really saying is, “This is our opinion as to what the Bible is saying. However, we know that equally faithful, believing people believe the Bible is saying something altogether different.”

A person of “beliefs” or, more accurately, “opinions” will leave little room for a differing opinion.

A person of “faith,” on the other hand, may have a belief…an opinion, even one held strongly, but he or she will always be open to a differing opinion, belief, or understanding.

Now, you tell me, which is it more important that you be?
The person you are – a person of faith? Or, a person other equally frightened and threatened people say you should be – “one of us…believing like us?”

I hardly perfect at my profession, but I think you know which of the two I wish to be – and that is who I am NATURALLY.

This is Your Best Life Now!