“Be Perfect!” What? Are You Kidding Me? 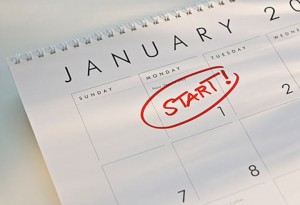 To a Taoist (pronounced “dow-oist” or something like that) “there is nothing to do and nowhere to go. Accepting this, we can do everything and go anywhere.”

What does this mean?

Nepo explains it this way: “To the Taoist the world in all its mystery and difficulty cannot be improved upon, only experienced…that life in all its complexity and wonder is complete as it is…”

Then, as if that’s not bad enough, Jesus comes along and says, “Be perfect, as your Father in heaven is perfect” (Matt 5:48).

“So,” you say, “Jesus’ words must mean the Taoist is wrong and what I feel and you feel about the world…about ourselves…is right – THE WORLD IS SCREWED UP! Even Jesus thought that which is why he demanded we “be perfect…complete.” Why? Because we’re so damn imperfect…incomplete…even screwed up. The Taoist is wrong and Jesus is right!

Admittedly, I was raised, as I’d bet most of you were, by sincere Christians who told me – repeatedly – that I needed fixing, that there was something screwy in me – as if I didn’t know that already – and they’d use verses like this one in Matthew in just the way I have above to prove their belief that I am, and you are, and everyone else is just one big screwed up humanity.

Which is why God sent “perfect” Jesus to absorb God’s pissed off wrath at the screwed-up-ness he created and so appease himself for giving humans free will so that they could turn around and screw up the perfect creation he had worked so hard to create. Damn it! Somebody’s gotta pay! “So, Jesus boy,” God declares, “you go down there and let me whip ass on you for all their screwed up stuff.”

A slightly crude characterization, I will admit, but essentially the story that I, and many of you, were taught.

Then, one day, when given the permission to ask questions – questions that I had been asking already in my heart, I asked, “If God is all-knowing and created humans with free will, why would God create us knowing we’d screw up? And, if God is all-knowing and knew his creation would screw up why didn’t he do in creation something to redeem fallen humans who, although they hadn’t fallen yet he still knew WOULD fall, without waiting until they did fall and then taking so long to do something about it, which he finally did when he sent Jesus to forgive humans for the screw ups – and the suffering the screw-ups have caused – that he knew he would do all along? Doesn’t that make our screwing up something of his fault, too? And, if so…”

Well, you can understand why most of my Sunday School teachers never liked me.

So I ask you, on this the-almost-eve of the Jesus story: Is there another way of reading history (his-story) than the way we’ve been conditioned to read it? Is there another interpretation of the Christ event than the same tired way some people would prefer to keep interpreting it? Another way of understanding even these words of Jesus in Matthew 5:48? “Be perfect…”

It starts, however, with your willingness to ask questions, even when others might look at you with suspicion…even when others might accuse you of being a heretic or something worse. If you’re still reading this, you’re either interested and open and looking for ways to re-think your faith…or, you’re looking for further proof that I have lost my mind…or, that your suspicions of me are correct…or, you’re just looking for something else I say that you can disagree with because, were you really honest with yourself, you’re not interested in knowing the truth but defending what you’re afraid may not be.

Think for yourself, my friend. God will not punish you for questioning him. Questioning things you’ve been taught may be a little frightening, but I assure you, to do so, will lead to no “fiscal cliff” of a different sort. If it were wrong to question…which is to doubt…then that’s God’s fault too. After all, isn’t that the way he made you?

So, ask questions. Live into your doubts. Doubt is the womb of faith.

But then, I would suggest one further thing.

Start you’re thinking from this point on at an entirely different place. Like here, for starters: Maybe what Jesus and the Taoist are saying is not so far apart after all.

When, for example, Jesus said, “Be perfect” consider the possibility, Jesus was NOT saying, “because you so damn imperfect!” Instead, he might be have been saying, “BE PERFECT…COMPLETE…BE WHO YOU ARE!”

I was taught to always think of what I am NOT. Jesus may be suggesting I think about what I am already!

What difference would it make in how you live…how you view yourself…how you feel about yourself…if, for example, you started from this place? Instead of always trying to be better, to improve yourself, to put yourself down by trying to pull yourself up, always carrying the burden of not being good enough, and of continually punishing yourself for it…

What if you actually believed that Jesus was affirming you, not stepping on you?

Soon, New Year’s Resolutions will fill the air! Most of them are made, are they not, from that place where most of us live…in the gutter of self-deprecation?

“I’ve got to do better in the New Year!”

Why not start at a different place? As the Taoist say, “There is nothing to do and nothing to improve.” There’s everything, however, to accept. Like YOURSELF!

Start there. And, “be perfect, complete, whole.” You are already! Can you believe what Jesus says about you? If not, then at least believe the Taoist.