Christianity is alive and well.

My guess is, you were not expecting that.
Admittedly, I do write often about what’s gone wrong in the Church…within Christianity.

But there is much about which I hope…I exult…I find cause for celebrating. 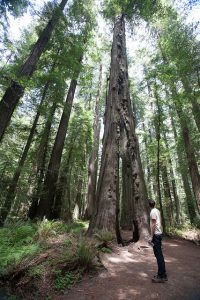 Christianity is Alive and Well

I was inspired to think about this today after reading John Pavlovitz’ devotional reflections at his website “Stuff that needs to be said.”

The Church will continue to grow more diverse, more inclusive, more open. It will never go backward. It will never again shrink the table. It is slowly but surely outgrowing the bigotry, racism, homophobia, xenophobia, and misogyny of its past and it will not be stuffed back into it again.

I could not agree more. Christianity IS alive and well. And, the Church, across all denominational lines, is becoming, and I believe will continue to become, just as Pavlovitz has described.

As many of you know, I travel the country, and I have for more than twenty years, serving churches representing every major denominational communion within Christianity. For many of those twenty years, I observed and fretted over the following:

These congregations, led by fearful church leaders, have largely become places where hopeless people who have given up on the world gather weekly. They are convinced the world is hopelessly lost, as Michelle Bachman, former presidential candidate, recently declared. They feel the world is hell-bound, and, consequently, these churches and its leaders talk about the “end of history” and their genuine desire for what they call the “Rapture” – or the secret return of Jesus whom they believe will appear on a cloud, zap them from the face of the earth, and safely whisk them off to Paradise. Meanwhile, the world, and those left on it, will enter a seven-year period known as the “The Great Tribulation.” (For more on this hopeless view of history, go read any of the Left Behind series or watch the movies).

Go into many churches today and this is the mindset you’ll find and the sermons you’ll hear.

But, thankfully, in recent years, I think I’m seeing a shift. In some instances, a rapid shift. Faster than churches typically, and historically, change or admit when they’ve been on the wrong side of history. Remember, it took the Vatican 350-years before it finally admitted Galileo was right: that the earth revolves around the sun, not the other way around.

So, I am increasingly hopeful. Churches and church leaders seem to be more emboldened to speak the truth, to open the doors of the church to all people, to stop allowing dogmas and doctrines to act like spacers between tiles on its sacred floors that do nothing but divide people into classes, sexes, races, or, worse, “us and them” or “insiders” and “outsiders” the “saved” versus the “lost.”

Christianity is Alive and Well

What are some of the signs I see that Christianity is alive and well?

In addition to what’s noted above, I see…

1. A heightened desire to end the labeling. You know what I’m talking about. Labeling people as “liberal” or “conservative” — “white or “black” — “straight” or “gay” or “transgender.” And I, of all people, know how hard this is because I do it, too. It’s hard to express your own convictions without drawing some kind of distinction. But, in the end, we must stop labeling each other. Even the religious labels – Jew and Muslim, Buddhist or Hindu, Christian and…well…everybody else.

We are one human family. And, it seems to me, there is an increasing awareness we cannot survive if we cannot accept those who are different from us but within the same family.  I think I see this happening, too, more and more, as people work to embrace other people, but especially those whose ideas, beliefs, and convictions are different from their own.

2. I am seeing more and more Christian leaders becoming bold and willing to take even unpopular stands within their own congregations. This is a hopeful sign to me. Leaders must lead and, while I am all too aware of the risks associated with taking a stand, we must.

For example, I recently heard a minister I would never have guessed would say what he did but, happily, I heard him take a stand against “assault weapons” when there were people in his congregation who mistakenly believe an attempt to ban or, at a minimum, greatly restrict the accessibility of assault weapons is tantamount to an attack on their 2nd Amendment rights.

To me, these changes are hopeful signs Christianity is alive and well. And, while change is hard won in most churches and among many of its leaders, the Church does seem to eventually get it.

3. I am witnessing more and more followers of Christ becoming more and more compassionate toward all people – regardless of who they are, or what their sexual orientation may be, or how their beliefs might be different. Rather than “making themselves right” by making them “wrong,” they are  transcending these differences and allowing compassion to flourish.

In the end, Jesus said that the world would know his followers, not by which political party they endorsed, or candidate they followed, or which view of the Bible they claimed, or what belief they revered, or even which “moral” battle they fought…

But, Jesus said, “By this shall they know you are my disciples…

4. I am seeing this love…this compassion…being loosened, rather than lessened, so that it’s love only for those like us, or who believe as we believe, or who vote for the “right” party. But there is this growing compassion that transcend all divides and embraces all divine beings.

Christianity is Alive and Well.
And, I could not be the happier.
I hope you are as well.

How Do You Define Faith?
Faith that Makes Mountain’s Tremble…

4 Responses to Christianity is Alive and Well