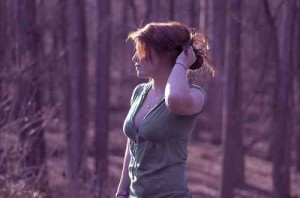 It abounds everywhere, doesn’t it? Religious people use the word faith so much, you would think they actually knew something about it. Like a person who regularly drives a car, as I and perhaps you do as well or who steps on board an airplane as I do almost weekly. If an alien from another galaxy was visiting our planet and observing my weekly routine, he would assume that I knew something about automobiles or airplanes. But he would be wrong. Very wrong.

What exactly is faith? And, how would you ever know you’re actually living by it?

If faith were your beliefs, how would you ever know which beliefs were the “right” beliefs? Or, the beliefs that “please” God? Furthermore, who decides which beliefs? The Pope? Your pastor? Your favorite television or radio evangelist? You, yourself?

There are so many varying beliefs and, as a consequence, a plethora of Christian denominations. Whose beliefs are the “most pleasing” to God? How could you ever be sure?

Yesterday, someone said to me, “But Steve, if you don’t believe Jesus is the ‘only way to God’ as Jesus himself claimed he was in John 14:6, not only will you not go to heaven but you are leading many people astray!”

This very concerned soul did not see the difference between his “belief” about what Jesus said or what Jesus meant and the possibility that his belief or interpretation about both might be incomplete, even wrong. Actually, John 14:6 may be the most misunderstood, as well as misapplied, verse of scripture today.

See what I mean? If faith is beliefs – “Whose beliefs?” It is hard, is it not, to re-program your inner hard drive? Better if, somehow, we could just erase the mental disk of programmed beliefs.

Alas, we cannot. What we CAN do, however, is question every belief. And, actually, questioning your beliefs may turn out to be the only real way to an authentic faith – to a life that “pleases God.”

The Buddha advised something like this. And, while I am unaware that Jesus ever directly suggested this approach, he almost without exception modeled it for others…for us, too. Has it ever occurred to you, for example, just how frequently he questioned people about their beliefs? And, how frequently he affirmed those who came to him with their questions? If you need the actual scripture references, just start reading the Gospel of John. It teems with examples.

Furthermore, it was the Buddha who presumably said, “The finger that points to the moon is not the moon.” Think of your “beliefs” about God, or the Bible, or your church and its traditions as the finger and know that, whenever you or your tradition or anyone else for that matter gives more credence to a belief, even the ones that are sacred or “non-negotiables,” you’ve just made the finger, the moon.

And all of this having no more control of your destiny than I do this plane on which I fly this day. Faith is giving up control and discovering you are eternal.

What more could God ask than this?
What more would you need than this?

Beliefs will keep you returning to the well, as did the Samaritan woman in John 6. Daily, she carried her bucket to the well of beliefs, hoping the next draw would contain that which would quench her insatiable soul. That’s just it about beliefs. There’s never enough and they’re never enough.

Unexpectedly, however, she met with faith that day and everything changed. Everything.

She returned to the city…or, to her life…and she left her bucket of beliefs behind.

2 thoughts on “God-Talk about Faith…”