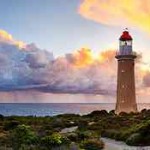 This has been the paradox one finds within virtually every religion, east and west. The history of Christianity, for example, is one of disgrace, disgust, even the demonic. Yet, at one-and-the-same-time, its history is one of blessing, benevolence, and beauty.

Whatever your faith tradition, live beyond the beliefs that make up its content. Give your devotion to that Mystery toward which all content points. As the Buddha says, “The finger that points to the moon is not the moon.” Religion always turns cruel when knowing about God – content – is mistaken for knowing the ineffable Mystery within.

As the Swami rightly proclaimed at the World Congress in Chicago: “Truth is ONE, although the wise call it by many different names.”