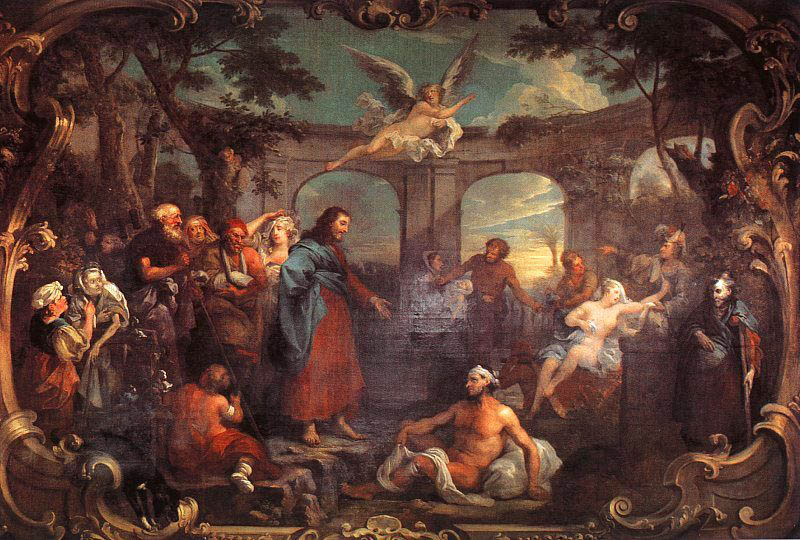 Healing: Do You Want to Be Healed?

Healing. “Do you want to be healed?” asked Jesus of the invalid man who was brought daily to the Pool of Bethesda (John 5).

Not everyone wants to be healed, do they?

Do you? It is healing we need, isn’t it?

Or, is it something else?

For much of my Christian experience, the preoccupation of almost every church leader including yours truly and, as a consequence, almost everyone in the pews centered around the answer to two eternal-like questions:

“Are you saved?” Which I’m pretty sure really meant to those of us who insisted on asking it of others was, “Are you one of us? Have you done what we have done to be insiders…the really special ones to God…His chosen ones…” and so forth.

The other question was, “Are you sure you will go to heaven when you die?”

None of us really were. But in making others feel they weren’t seemed to work to make us feel we were. Temporarily anyway.

I don’t ever remember asking anyone the question Jesus asked, “Healing? Do you want to be healed?”

Healing: Do You Want to Be Healed?

That was Jesus’ question. We had our own, however.

For most of my religious life, my religion was all about my own personal security, which included my desire for some sense of security that I was going to live forever. That death held no power over me.

The truth is, death did hold power over me. It still does. I’m going to die. And, guess what? You are, too.

Pontificate your way till death do you part but, if there’s one thing that’s certain, even more so than taxes, it is that you are going to die.

So, let’s stop the playacting.

Death scares the hell out of all of us.

Wait a minute. I’m not finished talking about death.

I’m still scared to death of death even today. Having lived around it and through it, however, several times now in the experiences of those I have loved who have gone through it, humans and pets alike, I can say with some small measure of certainty that I am a little less terrified of it today than, say, twenty years ago. But the anxiety about death has never left me completely.

I suspect it hasn’t you either.

Death is the great equalizer. I think we all sort of know this. Which is part of why we don’t like it. Instead, we bury ourselves in questions that highlight everyone else’s insecurities about death and masks our own from us.

Few Christians today ever really see, for example, blinded as we are by our own self-interest in self-survival, just how self-centered our entire faith experience has become.

Not much has changed in the Church in many places still. These two questions are held up still as the most important questions of human existence.

Well, if they were, why didn’t Jesus dash about asking everybody, “Have you heard of the Four Spiritual Laws?” “Are you saved and sure you’re going to heaven?”

He asked a different question: “Do you want to be healed?”

Just that one: “Do you want to be healed?”

Maybe you don’t. I have about decided that the greatest threat to the future of the Church is not the people who are leaving it, but those who have stayed – and that includes me – who don’t quite get it…still.

We are still asking the wrong questions.

Healing: Do you want to be healed?

Not all the ill inside the Church want to get well. Isn’t it just easier to regard those who are leaving as the really “sick” ones than face the sickness inside yourself?

To get well means you first admit you’re sick. Or, so the first step in Alcoholics Anonymous reminds us.

Admit you are ill. Face your fears. Acknowledge your anxieties.

And…this is the key: Say “YES” to the real question above all questions: “Healing? Do you want to be healed?”

But of course you do. Otherwise, you would have stopped reading this long before now.

A simple “Yes” is all it takes. That’s right.

And, that hard, too.

Which is what every recovering addict knows.

And, the whole thing starts over at daybreak tomorrow.

And, the day after.

And, every time death lifts its venomous head, you say, “Yes, I want to be healed.” And, slowly, or this has been my experience, the sting of death seems to become a little less stinging the next time.

Every time you feel insecure…

Feel like a failure which, for me, is almost daily…

Feel like the screw-up, which you aren’t but can’t shake the feeling you are…

And, I am.
Today.
Tomorrow.
Forever.

It’s that easy. And, it is that tough.
But I am determined.
And, so must you be.
Healing is hard won, sometimes.
But worth it.

4 thoughts on “Healing: Do You Want to Be Healed?”