Faith: What is faith? 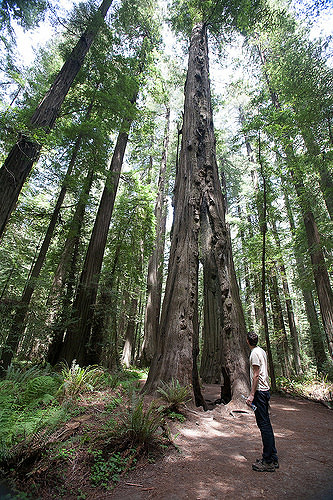 Which is it? Maybe none of the above.

Some people are “believers” because they want to take OUT the risks. They use their faith the way a lion tamer uses a whip – to command something missing into existence; to bring some measure of “control” to what feels out-of-control. They, therefore, look very religious. In fact, they are quite religious…to the point of being offensively religious.

I’m not so certain, however, they are anything more than simply religious. You can be a believer but not believing. You can use your beliefs so as to delude yourself into thinking you’re a believer. So, you have the “right” beliefs, as defined by your religion. But, to me, the more important question is: Do you believe? Do you so live as to trust…to let go of your beliefs even…instead of clinging to your beliefs and confusing that for believing?

“The fundamental fact of existence is that this trust in God, this faith, is the firm foundation under everything that makes life worth living. It’s our handle on what we can’t see” (Hebrews 11:1).

Trust in God?
Trust when “we can’t see?”
Which is most of the time, isn’t it?

Admit it. Be honest.
You cannot see…

So, what is faith?

It’s trust in God, when you know basically nothing.

Isn’t it the moment by moment practice of letting go of everything…which, includes, of course, your reliance on your religion and the religious cliches’ you and I voice in our hymns? The words sound as if we are “certain” of everything and we sing them with great gusto and certainty. And, of course, we should. This helps us. It’s this practice that enables our growth in faith, which is always beyond our beliefs. But, let’s be real honest, in our more honest moments, we mostly scared to the core. We are mostly out of control. We mostly control very little…

Except, perhaps, our responsibility to make decisions…to practice our faith…to trust, when there’s nothing left to cling to.

Which leads me to say, to trust isn’t the resignation to “whatever will be, will be.” It isn’t abdicating your duty to decide between two alternative paths. You must make a decision and, of course, you want to make the right one…sure you do. Nobody intentionally screws up, makes poor choices. And, if you’re like me, you’re often frightened because, based on the repertoire of poor decisions you’ve made in the past, you have no confidence in your own ability to make a right decision this time.

But you must.
You can and you must.
So, what do you do?

You look at alternatives.
You talk to a trusted friend.
You pray for wisdom.
You attempt to be as objective as you can be.

Then…
You decide.
You accept responsibility for the decision you’ve made.
You trust God, even as you walk blindly into that decision.
And, you continue practicing this trust that God “will never abandon you.”

Which, of course, she won’t.

I was taught, “Faith is believing in Jesus as your personal Lord and Savior.”
Well, maybe it is this, but I know now that faith is infinitely more than this. It is believing the “way of Jesus,” the way of faith…of faithfulness…the way of genuinely knowing God…

So, I practice trusting this is so…and so living as if it were…

When, actually, it would be easier to just give up hope altogether…

I seek to live this way…the Jesus’ way, the way he spoke about in John 14:6 when he said, “I am the way…” You follow a similar way and the promise is, “you will come to the Father.”

They know none of this. But, by pretending they do, they expect you to pretend right along with them…it keeps them in business, you see.

“The fundamental fact of existence is that this trust in God, this faith, is the firm foundation under everything that makes life worth living” (Hebrews 11:1).

faith, meaning of faith, seek to live this way, trust in God

Forgive Yourself
Judge Not…

5 Responses to On the Meaning of Faith…