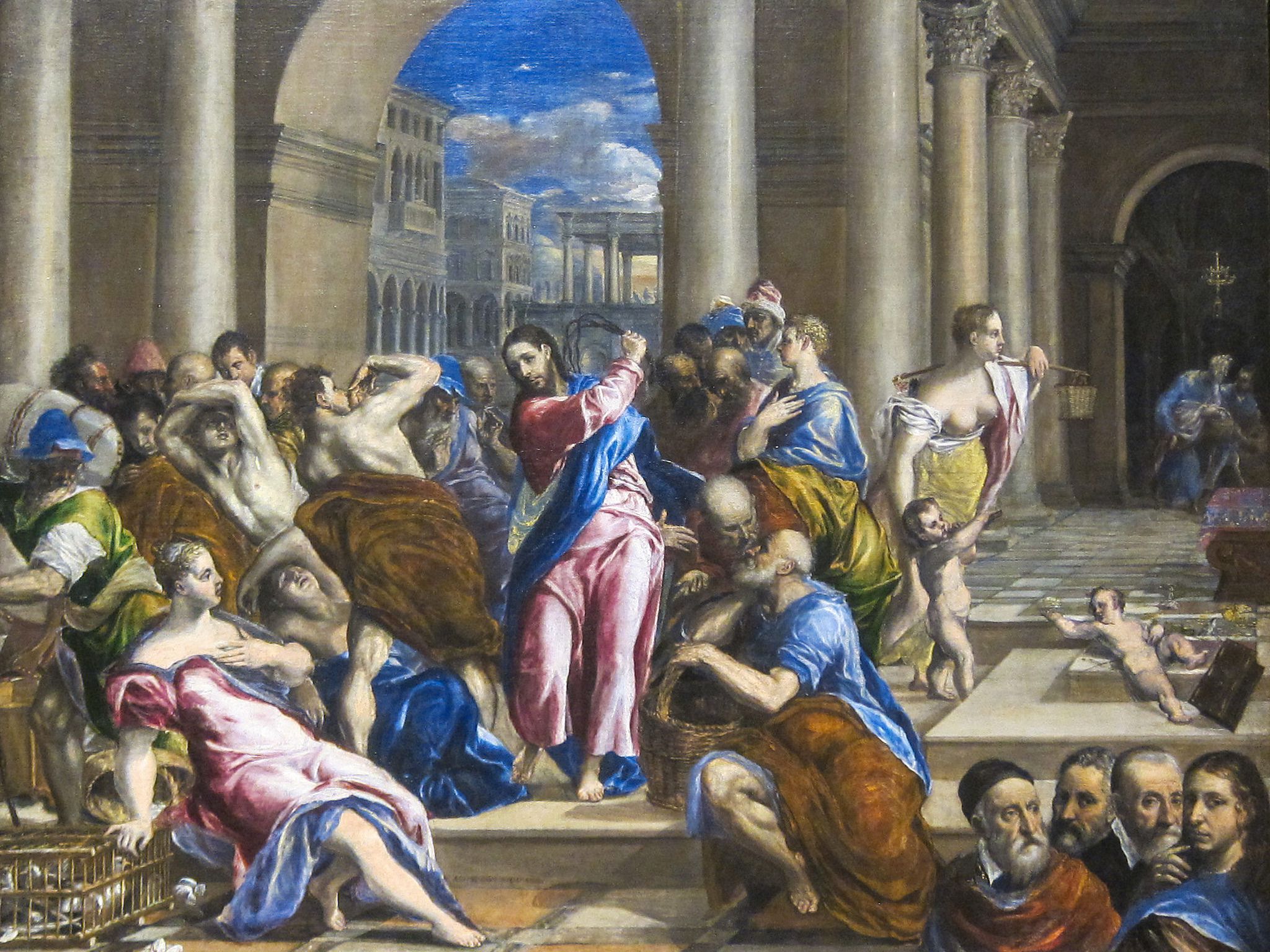 One day, Jesus went into the temple and began throwing people out. Or, is this a story of the day Jesus threw God out of Church?

Check it out for yourself.

“Going into the Temple, he began to throw out everyone who had set up shop, selling everything and anything. He said, “It’s written in Scripture, ‘My house is a house of prayer.’ You have turned it into a religious bazaar.”

Jesus would hardly need to throw out anybody out of church today. They’re leaving the church on their own. And, actually, for many of the same reasons.

When I was a young minister, the meaning of this text was misunderstood by almost everyone as a Divine prohibition to fundraising of any sort within the church. Bake sales were discouraged. Spaghetti dinners as youth fundraisers, as well as church wide yard sales, were almost universally condemned. A Christian artist who wanted to sell t-shirts and CD’s following their concert was regarded as a clear violation of this Bible story of Jesus overturning the moneychangers tables in the Temple courts.

We took our Bible stories quite literally in those days.
Some still do. Which is why the point of such stories was, and is, almost universally missed.

What was it that so infuriated Jesus that he would react in this violent fashion? I would suggest it was not so different from what would infuriate him today were he to go in almost any church.

Jesus was infuriated over what had become a very corrupt religious system…a system that had placed boundaries around access to God. Some people were actually excluded from having any access to God at all, while others were included but only because they submitted to arbitrary religious rules and practices.

Just in case you did not know, the Temple had several chambers within it. There was the innermost chamber, for example, the holiest area, where God’s presence was believed to have resided. It was entered only once a year and then only by the high priest himself.

Then, there was the congregational area where Jewish males gathered. Yes, you have read this correctly. There was an area just for men.

Most believed God was a male, so men quickly concluded they were obviously the preferred sex. Which could only mean, according to these men, women must be second-class citizens. They did not quite measure up.

Nor do they now. Just ask almost any Cardinal in Rome. Or, Southern Baptist leader in Nashville. Or, some Anglican leaders in Great Britain.

There was another chamber still, one where Gentiles gathered who were unquestionably unqualified to get any closer to God than the outer areas.

The outermost area was that place where the money-changers sold sacrifices to arriving worshippers.

Since most worshippers traveled great distances to Jerusalem, carrying an animal sacrifice on a long, sometimes very hot journey was anything but convenient. Sacrifices, therefore, were sold at the Temple and, depending on what you could afford, a kind of pecking order eventually developed separating those who could afford the more expensive animal sacrifices from those who could not.

You can probably guess which seats the purchase of better and more expensive sacrifices got you and your family.

It’s not so different today, is it?

The notion that God is off-limits to those who do not measure up.

The notion that God is more available, or closer, to those who do.

Almost every church I enter these days declares, for example, “Everyone is welcome here.”

Look around, however, as I do, and you’ll likely want to ask, “Really?”

“Is everyone genuinely welcome here? Or, are there really some underlying, spoken or, more likely, unspoken standards of admission? Boundaries around full access to God?”

“Is God off-limits to some because of their gender? Sex? Orientation? Would a hefty donation put some in a little better standing?”

“Among the clergy in your denomination, does God favor one sex over another? And, in some churches, will participants be made to feel that God actually prefers one political party over another?”

What tables would Jesus likely overturn were he to show up in almost any church in America today?

I think almost everyone reading this would fall into two groups, when attempting to answer that question: those so offended by what I’ve implied in my interpretation, they would immediately write this off or, more likely, write me off as a lost liberal.

And then, there’s almost everyone else.

Which includes you…those of you who intuitively know the answer to the questions I raise about the 21st century interpretation of this text. So, it is to you and for you, I write.

If you have ever felt as if you were not quite good enough or, perfect enough…or, deserving enough for entry…

I have some good news for you…

This is a story, not about Jesus throwing the moneychangers out of the Temple. This is really a story about Jesus liberating God from those who would incarcerate her. Or, him. Or, it, since God is none of the above.

Saint Paul got it right, when he concluded…

“I am convinced that neither death nor life, neither angels nor demons, neither the present nor the future, nor any powers, neither height nor depth, nor anything else in all creation, will be able to separate us from the love of God that is in Christ Jesus our Lord” (Romans 8:38-39).

It is to you, I say, this is the day Jesus threw God out of the Church.

10 thoughts on “The Day Jesus Threw God Out of Church”