Change. Sooner or later, everyone wants to change something.  We begin each new year resolving to make changes… 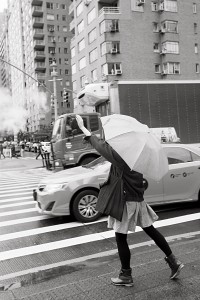 In our relationships;
In our priorities;
In our health;
In our personal fitness;
In our eating habits;
In our ambitions;
In our careers;
Even in our beliefs.

Within weeks, however, many of the changes we set out to make begin to slip. Before long, we fall back into familiar patterns. It’s not only frustrating, we are disappointed in ourselves.

As a leader and trainer, as well as a private coach to a select group of clients each year, I am frequently asked, “How can I make a change that will last?” Leaders often express their desires to see changes in their company or among their workers. What they do not know is that the changes they want to see around them are often the same changes that they need to make themselves.

Coast to coast, I have observed and coached CEO’s, leaders in major companies and organizations, businesses and communities, as well as religious leaders from within every faith tradition you can imagine. It was not until I became honest with myself, however, and observed my own lifestyle and patterns of behavior, that I made the most vital discovery about change.

The most vital ingredient in change is closer than you think.

It is actually much simpler than you might think, too.

The spiritual master, Jesus himself, once hinted at this vital ingredient to lasting change when he said, “You are the salt of the earth and the light of the world” (Matthew 5:13-16).

Metaphors, of course, but potent metaphors, to say the least. Whatever else may be concluded, it is clear Jesus is saying, “Salt and Light both effect change…by their very presence…instantaneously and conclusively.”

Light dispels darkness just as salt, when added to anything, results in instant change. Once you salt something, you cannot un-salt it. Once light has illumined a room, even if the room is later plunged back into darkness, things inside the room are never the same.

The Most Vital Ingredients to Lasting Change

Therefore, the ingredients to lasting change, even enduring change, are two-fold:

1. Ingredient One is an Inner Motivation: The motivation for change must occur inside you.

Lasting change can never imposed from outside yourself.

A Great Big Example of This is War

It seems our country has a hard time learning this rather obvious lesson. We mistakenly think, for example, that war is the answer to all unwanted conditions. Our recent war with Al’caida seemed successful at first. All of a sudden, however, that victory seemed only to produce a more formidable enemy whose ruthless and barbaric beheadings of innocent people are unimaginable.

Admittedly, this is an extreme example but the principle surely applies.

You cannot force another to change. Diplomacy, therefore, is almost always the preferred action to take. Only when we sincerely and respectfully attempt to understand another, but especially an enemy, as well as humbly concede where we might be wrong, do we create the possibility of negotiating a better outcome.

Again, both sides must have a willingness to admit to error and culpability. Each must make concessions and be willing to make change. If both will not, however, then sometimes drastic measures have to be resorted to…but, only out of necessity in order to effect change. Drastic actions, however, as in war, should always be a “last” resort. Too often, it seems we are impatient with the time factor necessary in making lasting change.

The Change Must Come From Within

It is the same with personal changes you might wish to make in your own life.

Changed forced on you, or imposed too quickly, or coerced by someone with more authority than you, as from the CEO or the manager above you, usually will not work to produce the results anybody wants. Sure, actions imposed might produce immediate change, but long-lasting change will often backfire. For change to be enduring, the motivation within workers must be tapped. Otherwise, the change will have as much lasting effect as the typical resolution made by someone at the start of a new year.

Even your doctor telling you that, unless you stop smoking or lose weight, you are going to develop diabetes or cancer or, worse, premature heart disease is not enough to produce lasting change in you. Enduring change must come from within yourself.

Change that sticks is change that starts within.
This is where the second vital ingredient comes in.

2. Ingredient Two: The Second Ingredient to Lasting Change is the Pain/Pleasure Factor

I do not remember who said it but I learned just how true it is:

Lasting change will occur, almost naturally…even spontaneously…with this internal shift in consciousnessb takes place – whatever the subject.  In other words, I learned that when the pain of smoking – which I loved to do for years – became greater than the pain of quitting, I quit.

I had tried for years to quit but with little success.  I refused to listen to my inner voice warning me time and time again to quit. I had good intentions but I never realized the importance of listening to your inner guide.

That is, until the day I suffered a heart attack.

While I denied it for hours while it was happening, I was not surprised by it at all. My inner voice had been warning me for years.  The shift in consciousness, however, brought on by the heart attack itself, resulted in instantaneous and thorough change. I have never had the desire to smoke again.

Now, it would be better to follow  your inner guide. It will not mislead you. But, if you’re stubborn like me, you had better hope you are lucky like me, too. If it takes something as dramatic as a heart attack, maybe then you’ll experience the shift.  What I know is this: until the shift in consciousness takes place, whatever changes you make will be short lived.

For years, as I describe in my book, The Enoch Factor, I had serious doubts about my faith and many questions about the practices I saw in my organized religion.  For fear of losing my ministerial job, however, I kept most of my doubts and questions to myself. Like too many other religious leaders, I seldom voiced my complaints about my religious establishment. I too infrequently voiced my objections to many of the beliefs my friends said I had to believe in order to be in their group.  So, I said I believed things that I knew in my heart I did not believe and why? I was afraid not to…afraid of being alone…afraid of losing my place in the religious group where so much of my identity had been wrapped up.

Having lived this way for so many years, I became quite proficient at playacting. I was like a professional, religious actor, auditioning for a part. The only different is that I was auditioning for the approval of others, almost all of whom I was giving way too much control over my life.

Ever made a similar mistake?

The consequence is…you will find a way to fit in, but you will lose yourself in the process. You can hide from others. But you have to sleep with yourself. When you make a whore of yourself, you’ll soon grow tired of yourself.

Trust me, I know

Seems like I read somewhere, too, when Jesus provide a similar warning: “In seeking to save yourself, you actually only succeed in losing yourself” (Luke 9:24).

For me, I became excruciatingly tired of seeking to live by the beat of everyone else’s drum. Something in me had shifted. I think it was my father’s untimely death that triggered the start of the shift. It is often out of crisis of death that a needed change is birthed. Again, I tell this whole story in The Enoch Factor. That is, if you’re interested.

No longer was my attempt to please everyone else just a minor discomfort, it had become a royal pain in my ass. Pardon the bluntness. But it is precisely my point. Earlier, I would never have been so blunt. Why? My position as a religious leader dictated I should never speak so bluntly, especially around proper and “holy” church people. Their spiritual sensitivities might be too easily offended. And, since they’re paying my salary, I must conform to their expectations.

Do not miss my point while stumbling over the word “ass.” You’ve heard worse. One thing I’ve come to know is that even the proper “holy” people, as I pretended they were, said “ass” and many other things regularly themselves. But that’s another story for another time.

My point is simply, there is of course a place for proper talk. I am being blunt here only as an example. I am hardly suggesting you go about breaking all rules of etiquette. What I am illustrating is just how ill I had become at wasting so much of my life trying to please everybody else and live up to everyone else’s expectations.

And, all for what?

Job security?
A comfortable retirement?
A position of status in my religious community?

Bull! That’s what it all became to me. Bull.

In other words, the pain of remaining the same was suddenly more painful than the pain I had thought about for years that would accompany change. When this inner shift occurred, however, I did change. I left the professional ministry and pursued the life of my dreams.

That was twenty years ago, almost to the day. I’ve never been happier, freer, or more content for having made permanent changes in my life goals, beliefs, ambitions, and dreams.

When this kind of internal shift takes place in you…

You, too, will change
Permanently.

Until the shift internally occurs, however…
Well, the best you’ll ever be able to do is a…
Resolution.

Becoming a Better Listener: Clearing the Wax from Your H-EAR
Fears: How I’m Learning to Manage Mine

3 Responses to Change: Making Real, Lasting Changes in Your Life