By Dr. Steve McSwain on August 7, 2014 in Spirituality 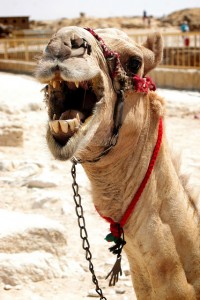 Cheek Turning: “If someone strikes you,” counseled Jesus, “turn the other cheek!” Completely impractical words, wouldn’t you agree?

Who does this? You get sucker punched on one side of the face and you’re supposed to submissively turn the other cheek, too? Give me a break! Such nonsense could never possibly work. Just ask the Jews. Or, the Arabs. Right?

Maybe not. But maybe it does, too. But then, how would anyone know? Has it ever really been tried?

Oh, sure, there are those of us who mistakenly think to turn the other cheek means to run from conflict. Or, roll over and take abuse. Or, disappear to a remote corner and lick our wounds.

I’m not talking about this and neither is Jesus. I do know, however, what it’s like to do everything I can to please everybody…to fix everyone as well as every situation…and then, when I fail, which is almost always, I run at the first sign of disagreement in order to avoid a negative reaction or, worse, rejection.

If Someone Strikes You on the Right Cheek…Do Not Strike Back at All!

This is Jesus’ strategy for resolving conflicts, ending violence, and the futility of seeking revenge. And, frankly, it’s about the dumbest thing he ever said. Isn’t it?

Of course! Everybody knows his strategy would never work. It didn’t work for  him. Which probably explains why nobody bothers to try it because the few who have, aka Jesus, the Buddha, etc., either end up being attacked, as in the latter, or dead, as in the former.

Saint Augustine of Hippo knew this, too. Which is why he used his skillful brain to craft a clever alternative – the “Just War” theory – that, for all practical purposes, has guided western history down to the present.

Good thing he did. Otherwise, the Church would have had no way of completely disregarding Jesus’ instruction.

But here’s the question I cannot escape: How do we know cheek turning is impractical? Have anyone tried it lately?

If Someone Strikes You on the Right Cheek, Kick Ass in Response

I do not know the answer to my own question but, my guess is, few have.  “Kick ass” is the cowardly but convenient way of responding to any conflict and the favorite method of most Americans.

“Look,” you say, “I’m a believer in Jesus but, when it comes to some of the things he taught, let’s be honest, sometimes his way just doesn’t work. It’s completely impractical and simply cannot be taken seriously.”

Really? Are we not just seeking to dismiss and, therefore, disregard Jesus’ way?

Hasn’t the “Just War Theory” succeeded in just giving “believers” a way to disbelieve Jesus’ teaching, but still regard themselves as believers? After all, idealism does not work in a world full of Hitlers, Hirohitos, Hamas or Husseins.

If Someone Strikes You on the Right Cheek, Turn the Other Also?

I admit I’m a bit conflicted here. Call me simplistic. Label me an idealist. Dismiss me outright, if that makes it a little easier for you. But, for the life of me, I cannot understand how we Christians  can claim to be “saving” the world when some of the things the Savior said himself, saints do not believe and so easily disregard.

What am I missing here?

cheek, ending violence, eye for an eye, futility of seeking revenge, if someone strikes you on the right cheek, Saint Augustine of Hippo, strategy for resolving conflicts, the Just War theory, tooth for a tooth, turn the other cheek